ORIGINS OF THE FOALE FAMILY NAME

There are many text-books on the History of Surnames, there is little agreement between them for the origin of the family name FOALE.  P. H. Reaney's work is often regarded as a standard reference in the UK.  He suggests that  FOALE  is of the Nickname category from the Old English 'fola' meaning frisky, but in the 14th century used to denote persons of ragged, rough or shaggy appearance. He quotes the earliest example as Robert, Reginald FOLE 1193 from the Pipe Rolls of Warwickshire.

"The Norman People" pub. 1874, suggests the  FOALE  name is from a common source with FOWELL, FAUEL, FAWEL. The common proximity of the names in Devon in the 16th century would appear to support this opinion. (There are records of the name spellings interchanging in the 16th and 17th centuries.) It notes the common name ancestors as John, Robert, Hugh, Geoffrey de FAUVEL of Normandy 1180 - 95. (Hoskins suggests that the family may have been in Devon before the Norman Conquest) William FAUVEL held from Oliver de Tracey, Devon, 1165. 'Devon & Cornwall Notes & Queries' states that the name was originally de Voghill. The family arms, now extinct, were registered in the College of Arms in 1306. The associated moto reads 'Non Ostendo Sed Ostendo' 'I boast not but give proof'. 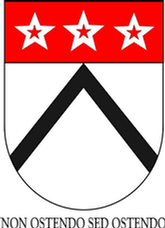 Other sources suggest a Nickname origin with animal attributes or working with horses - i.e.: like a baby horse. OR "Denoted possession of a horse". The use of FOAL type words for a young horse is common in many languages. Friesian speakers in Northern Holland still speak a language thought to be little changed from the Anglii, ancestors of the English Speaking peoples. Frisian uses the name FOALLE for a baby horse.

Another source suggests a Nickname source FOLLE - or FOOL a professional jester. Another Nickname suggestion is FOWLE "like a bird or Fowl".

It is suggested that the name may be linked to the Irish name FOWLEY, in Armagh in 1557 there is mention of a district called FOALLEE.

It is possible that the name may be linked to the Cornish Surname FAULL, the name spelling can be seen to interchange with FOALE in the registers and gravestones of Crowan. FAULL has a meaning of 'fail' or 'deficiency' or 'place of the beeches', this name may have originated from the Spanish de FALLE.